Spending the weekend in Santa Barbara was wonderful. Time with my girls is always treasured. We had some good lunch but something was missing. You guessed it Dessert. As I am sure you can tell I insist on dessert after every meal. Well we were strolling along State Street  I decided to yelp, and found Andersens. It was only a few blocks ahead of us so we decided to head towards it. It was so perfect. There is a patio out front, where we ended up sitting. We walked inside and started to look at everything in the glass case. So many things looked appealing. As we were ooohing and ahhing at all the choices a waiter asked us if we wanted to sit down and he would bring us a tray of their best sellers to choose.

We sat down outside and the waiter promptly appeared with a large tray with about 15 desserts on. He named each one and thoroughly described it. It was wonderful. We decided on four desserts. The chocolate cake, eclair, strawberry tort and a pear tart.

Wow the chocolate cake was SOO chocolatey and I loved every single bit.

The eclair was scrumptious it had a layer of raspberry on the bottom which I wasn't too keen on. But the fresh pastry and fresh cream were out of this world.

The strawberry tort had a cookie crust and strawberries, cream and chocolate. Does that not sound like heaven? Well it was heaven until one of my friends decided to eat it all 😉

The pear tart was very nice, not my favorite but still very tasty. 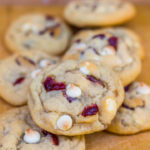 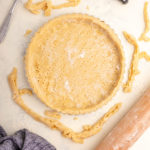 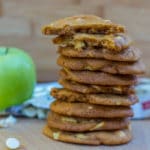 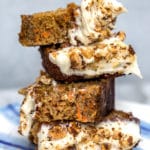