Homemade White Chocolate Golden Oreo Peanut Butter…Woah that’s a mouthful of a name. But a tasty mouthful I might add. I definitely have had my fair share of mouthfuls of this fabulous peanut butter. 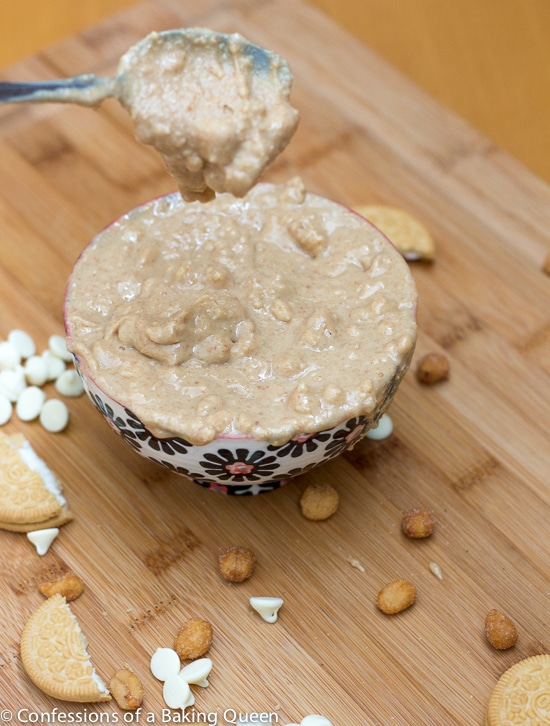 I go through phases with peanut butter. Sometimes I can’t get enough of the stuff but other times I can leave it! And lately I have not been able to get enough of it! Maybe it’s because of the posts on other blogs lately of homemade peanut butter like this one on Averie Cooks. 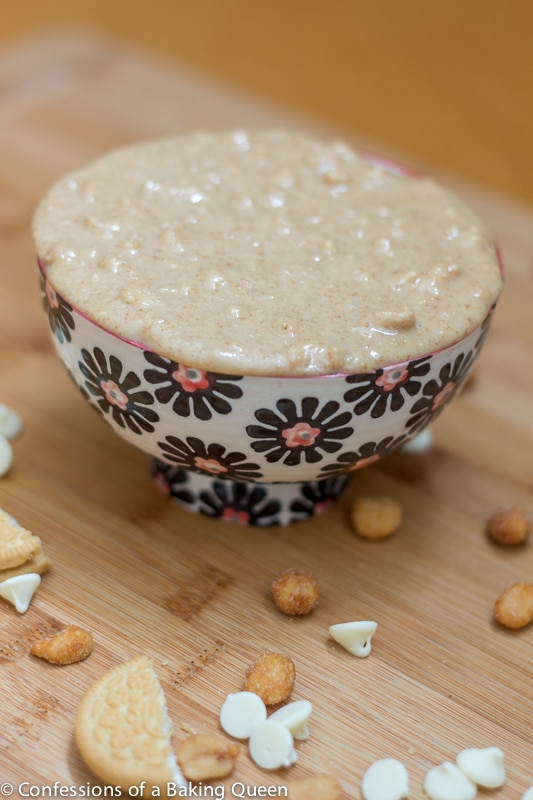 Anyways I decided it was time I experimented. At first, I was going to make plain ol peanut butter but then I had this half opened package of Golden Oreo’s staring at me so I decided I would mix them in and while I was cleaning out the cupboard I found 1/2 open bag of white chocolate chips so I threw those in too.

I made this peanut butter and put it away before I could taste it. I had other things to bake that day like this.  I was in the other room when my mom came in “Wow! That peanut butter is good!” So I then said “Ya, with white chocolate and Golden Oreo’s in it” and I literally did laugh out loud! She just dabbed her finger in so didn’t get the crunch of the cookie but sure got the sweetness of the white chocolate!!

I have enjoyed dipping Golden Oreo’s in the peanut butter, eating it by the spoonful and when I am feeling healthy dipping apples in it. 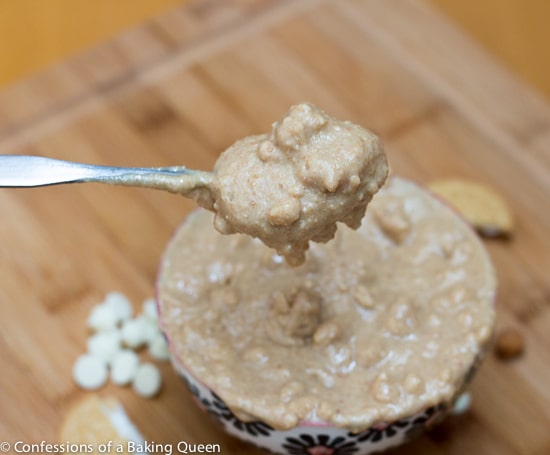 It was such a fun experience to make homemade peanut butter. I hope you give it a try, it really is simple (and noisy).

You will watch the peanuts go thru different stages but keep going until it’s creamy and smooth around 5 minutes of processing the peanuts.

Homemade White Chocolate Golden Oreo Peanut Butter…Woah that’s a mouthful of a name. But a tasty mouthful I might add. I definitely have had my fair share of mouthfuls of this fabulous peanut butter. 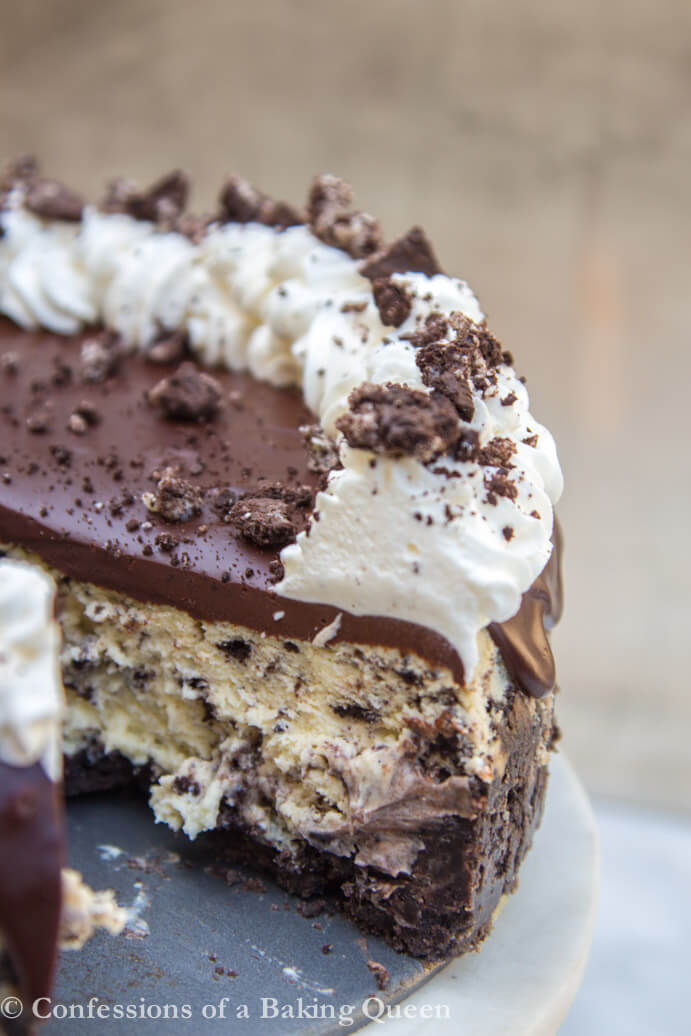